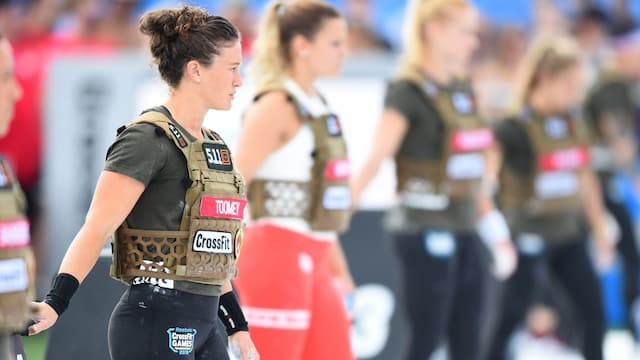 The Murph is perhaps the most feared WOD in CrossFit, only suitable for those athletes willing to leave sweat and blood on the floor of the box. Every time a Coach mentions CrossFit Murph in the box, many members flee in terror through the door to the shelter of their house… Are you one of them?

The Murph – All you need to know

The Murph is a CrossFit Hero WOD, created to honor the men and women who have fallen serving their country, doing their duty. Specifically, the Murph honors American Lieutenant Michael Murphy, who died in combat in Afghanistan on June 28, 2005.

Murphy was a fan of CrossFit and after his death, one of his favorite workouts was named after him. The training, which until then was called Body Armor, became the much feared and at the same time loved Murph

This workout was Michael’s favorite workout, which was called «Body Armor» at the time, hence the 9kg vest or military bulletproof vest as WOD material. Every year, on the last Monday of the month of May (Memorial Day in the USA, day of remembrance for fallen soldiers) CrossFitters around the world pay a special tribute to Lieutenant Murphy by uniting and suffering through this training.

How hard is the CrossFit Murph WOD?

On paper, it may not seem THAT difficult. It may take most people a long time to finish it, but it is a WOD that can be finished if you compare it to training with very heavy weights, and complicated movements that require skills like muscle-ups, etc. The Murph for the average athlete is a very long WOD.

Option 1: The most common strategy, splitting the reps into 20 rounds:

If you’re really trying to maximize your time and don’t think you can do 20 rounds of 10 push-ups without interruption, you can split the push-ups around the squats. So you would do 20 rounds of: 5 Pull-Ups, 5 push-ups, 15 air squats, 5 push-ups. Performing «Murph» without partitions is the most difficult strategy, since the push-ups will be the part that you will have the most rest between sets. The split form allows you to eliminate the other movements while your push-ups take a break.

Option 2: You perform with or without a weighted vest.

The original WOD Murph includes the vest, but if you don’t have one, then you have no choice but to do without. There is a big difference in completion time between the two options.

The Murph was one of the most popular events of the 2015 and 2016 CrossFit Games. Since then it has not been repeated, although it will surely appear soon, to the misfortune of the athletes.